Bridgehouse Ministries is currently involved in a mission project in Guatemala and have partnered with House of Refuge Street Ministries with Stephen & Karla Stoffelson.

In January 2015 BMI took its first group to Chiquimulilla, Guatemala for a short term mission trip. Projects included ministry to locals who live on the streets, a free medical clinic for the community, and feeding the poor. Michael and Edith were in Guatemala from January to March, 2015 and ministered with House of Refuge in their services twice a week to the locals living in the streets as well as ministering and preaching at churches and conferences in Guatemala City and Honduras. 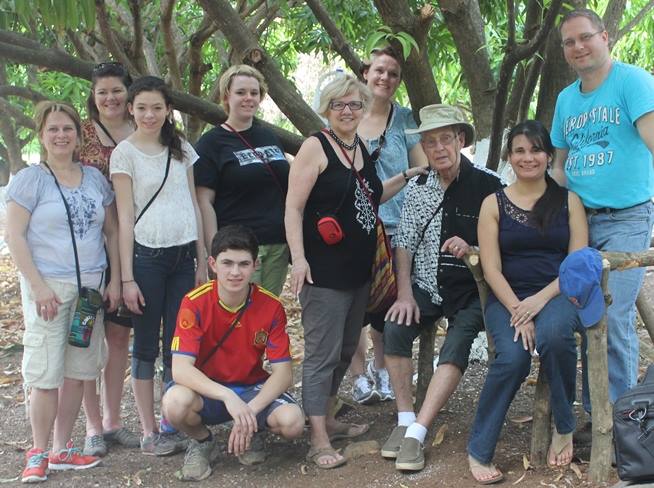 In January, 2016 Michael and Edith went back to minister in Guatemala with House of Refuge Street Ministries. Edith said:

"Michael and I have lived a Kingdom life all winter. Yes, indeed we experienced the ability to do exceedingly abundantly above all that we ever thought possible. Signs and wonders accompanied us and His Kingdom was advanced through us,

In January, we attended a church where 2 Prophets were speakers. In the middle of Prophet Miguel’s preaching he pointed to me and said “Lady the Lord has a word for you: You have the Fire of God, you have the Fire of God, you will ignite this fire, God says, you are a teacher, you are a teacher of teachers, when you teach a word comes and it is a revelation to the listener." Then he said: "Because you stayed and are faithful God says There is a Miracle waiting for  you at home."  After that I did not hear anything else as this was on a Thursday night and Phillip had just told me that Veronica was in a coma and being transferred to IWK where the doctors didn’t think she could make it…….

The next morning we left for El Salvadore. From that night on I preached the "Fire of God" as well as "Establishing the Kingdom of God" in us. I used Phillip's declaration on Veronica as she was leaving in the ambulance for IWK.  “Veronica, Daddy is establishing the Kingdom of God in you, do not fear……Phillip explained our rights as Kingdom Citizens just like Paul who was a Citizen of Rome had rights.

I preached and taught “Establishing the Kingdom of God in you". The Holy Spirit told Michael to intercede as I preached and that the connection will be made from Spirit to spirit, meaning that the people would not received head knowledge, but Spirit revelation.

Praise God, I  sometimes preached 3 times a day...wow I preached on the Fire of God and ignited people...it was historical for me as a lady came forth and said to me I am blind in this eye....Oh Lord Jesus help, I told her Jesus heals and laid hand on her and she received her sight. I was more blessed than her. Then a man came and got saved and baptized in the Spirit, spoke in tongues and fell under the Fire. His wife came forth and the same, led her to Christ. Then the Fire was so strong that 90 percent of the congregation was on the floor, some laughing, some crying, some shouting.

God told me that I had the Fire of God, that I would spread it and ignite churches that when I went back home a Miracle was waiting.I knew it was God as the Miracle is Veronica. Since that day I have preached Fire, Fire, in El Salvadore, in Guatemala and now getting ready for Christian Retreat in Bradenton Florida for the next month, teaching in Bible School. Michael and I will book speaking, preaching engagement upon our return, so stay tuned and expect your Miracle, you are Kingdom Citizens with Kingdom Rights.